Yes, music is magical and relieving; it adds passion to life and gives it new meaning on a day-to-day basis. That was exactly what happened at Alliance Francaise on 23/2/2019.

It was heated up with what i defined to be event orgasm. “Wow, she’s amazing, i love her, she’s so energetic, her melodies are outside the box” and many positive remarks were bubbling out the lips of most patrons who witnessed bankable global versatile act Lamisi perform live all songs on her debut album – Bright Side. 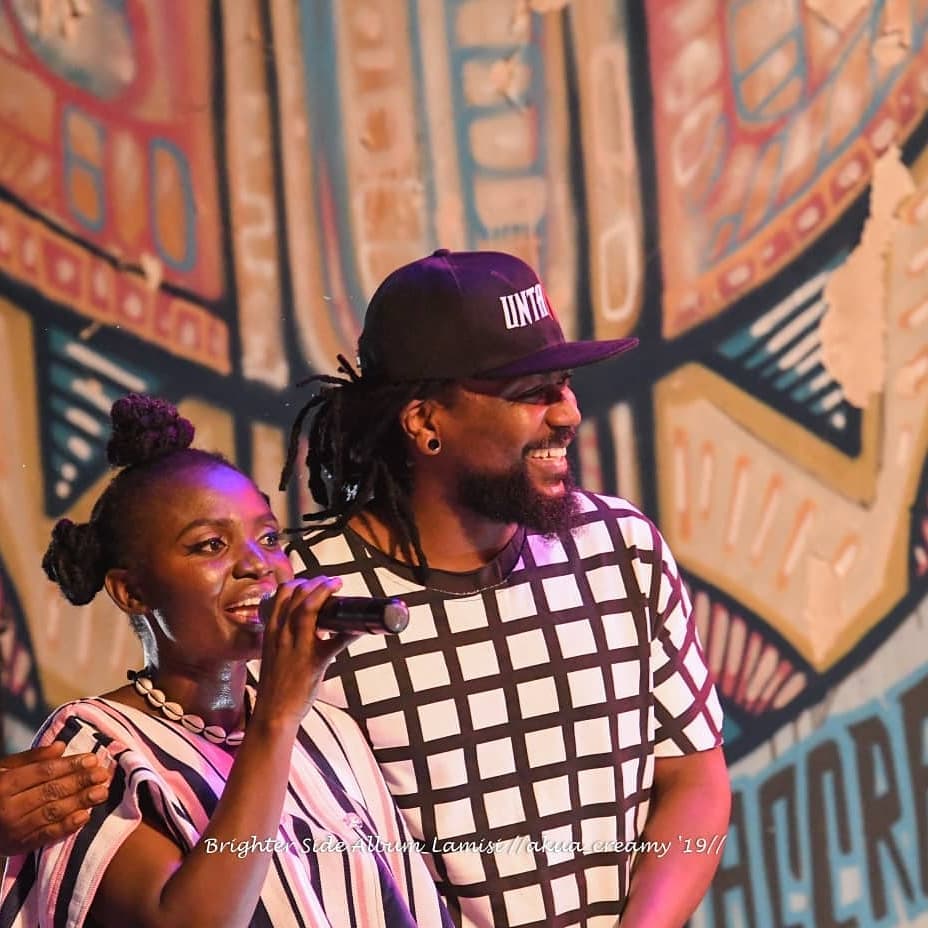 She gave value to music by magnifying her office of performance. Most people didn’t know she was a skillful dancer till yesterday.

The night was blessed with series of fun packed surprises and colorful emotions; President of GHAMRO Rex Omar didn’t just grace the venue to add contrast, he was actually the first to purchase hard copy of Brighter Side album for Gh¢ 1000, followed by other specials guests and fans. Celebrated high life gem Ben Brako and Mr. Kiki Banson owner of Patch Bay Band were there. 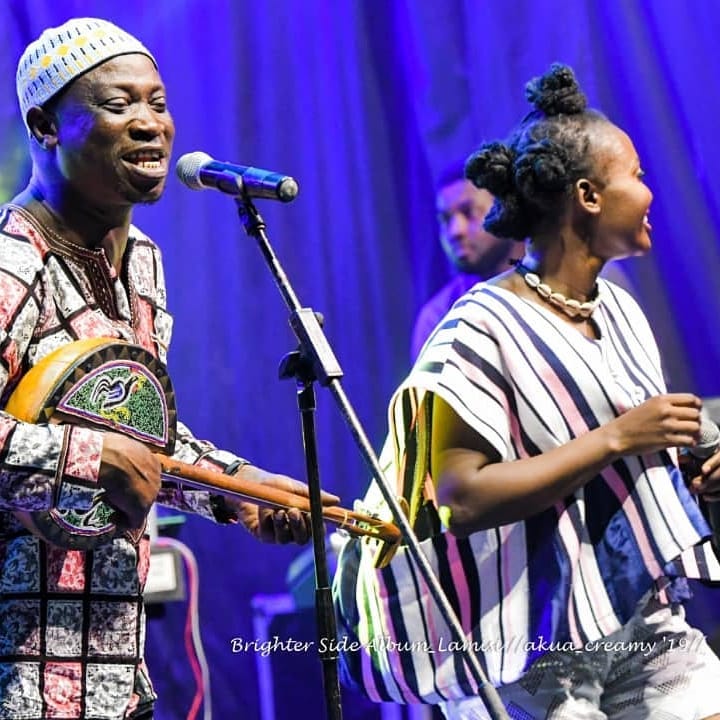 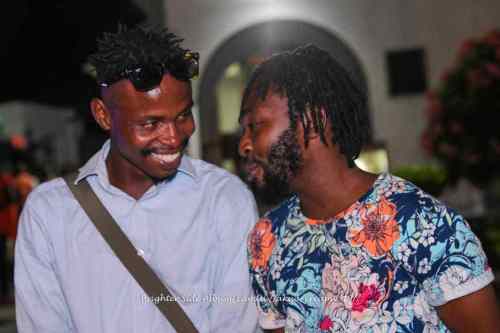 Getting to the end of the event Lamisi pulled out legendary Atongo known for his mega hit song “In Heaven There’s No Beer” on stage to perform. 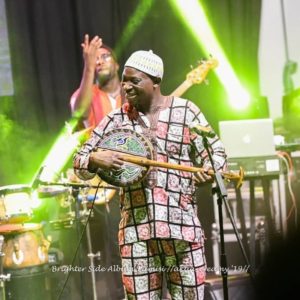 Drawing down the curtains, Highgrade forwarder Samini was there as a guest but ended up mounting the stage to shower his blessings on her by freestyling her name on one of his major hit songs “Where My Baby Dey” which the both performed together. 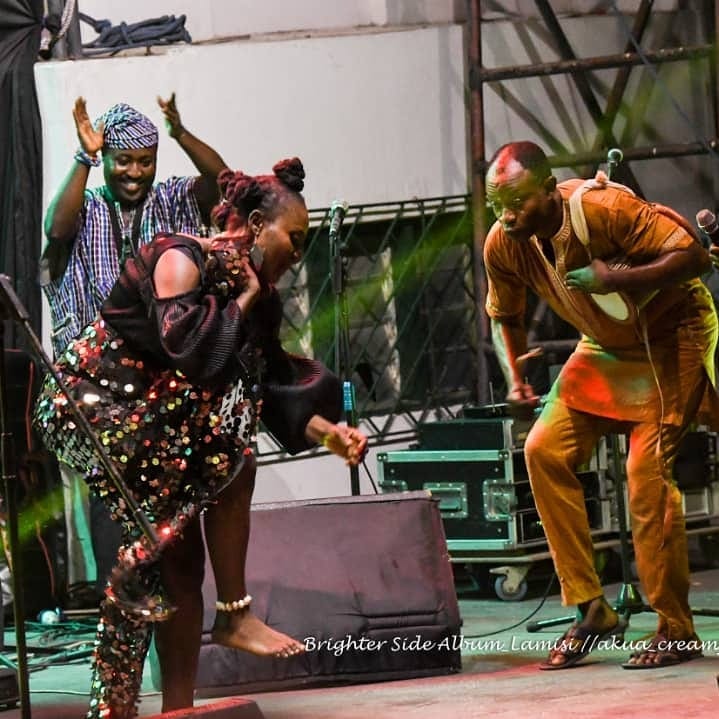 Patch Bay Band was on point like laser, whiles the technical side production; stage set up, lightening and sound was solid as rock.

Checkout some of the photos from the event: 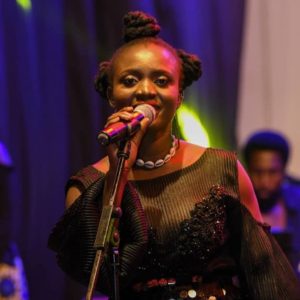 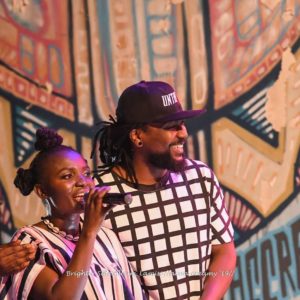 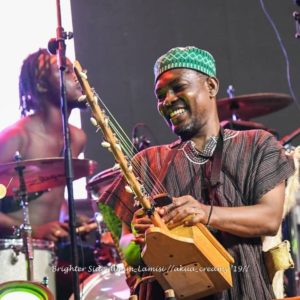 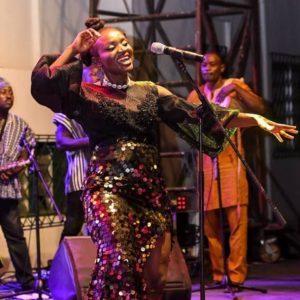 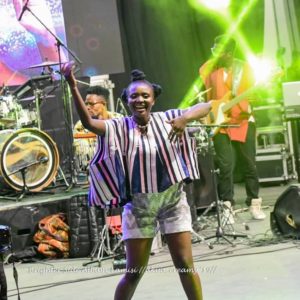 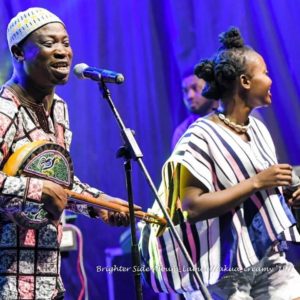 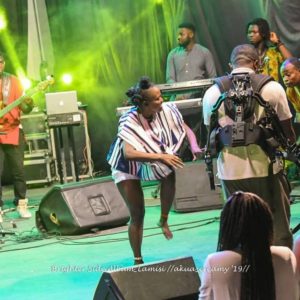 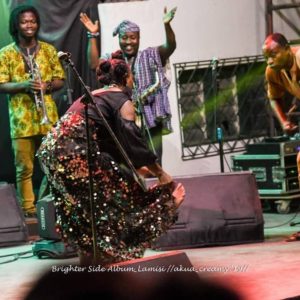 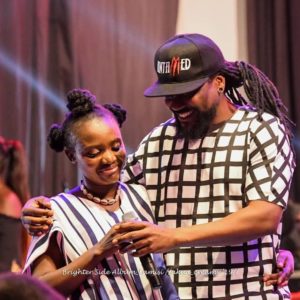 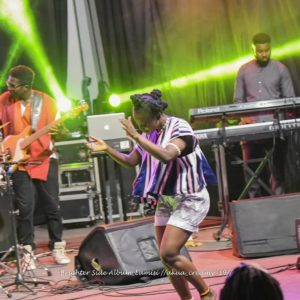 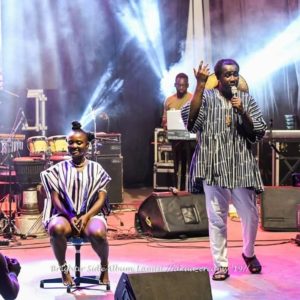 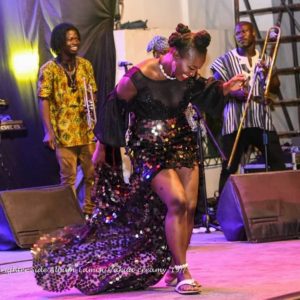 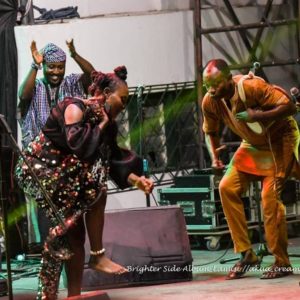 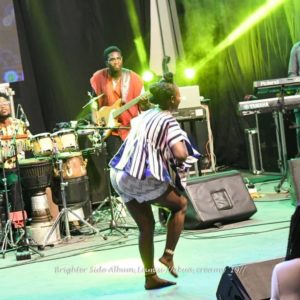 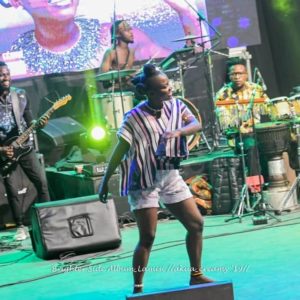 ← Lamisi Drops Scintillating Visuals For ‘The Way You Control’ Single
Lamisi Brings Brighter Side Concert To A Pub Near You. →